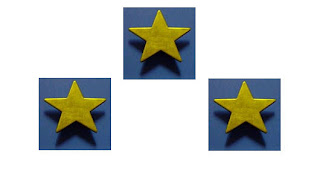 Sometimes I think the guys from the media who select the 3 stars of the game take the easy way out by perusing the stat line and issuing the awards based on that. Against the Sabres, Brian Helmer was given first star status but that just doesn't jive with what I saw with my own two eyes. So, having said that, here are the the stars according to Nation's Capital Blog:


Derek Roy didn't even show up on the score-sheet, but he had a very good puck possession game and consistently moved the puck through the neutral zone. Alex Ovechkin just showed up all over the place, and clearly was the best player on the ice (he's gonna be my #1 star a lot). That breakaway goal he scored was just as sick as the breakaway he disrupted on the back check.

Helmer? Nice game kid. Glad you could mix in some assists while your game is coming around.
Posted by Nation's Capital at 12:05 PM